Daily headlines about the coronavirus had little impact on stock market averages last week. Earnings and mergers had more influence.

Commenting that the economy is in a “very good place,” Federal Reserve Chairman Jerome Powell told congressional legislators that he did not currently see a significant recession risk.

“There’s nothing about this expansion that is unstable or unsustainable,” Powell remarked during his semi-annual report to the House Financial Services Committee. He did reiterate that the central bank was “carefully” watching the coronavirus outbreak, and that it could “very likely” have residual economic impact on the U.S.[iii]

Consumer prices have not advanced to this degree since the 12-month period ending in October 2018. Underneath this January headline inflation number, core inflation (minus food and energy prices, which are often volatile) was up 2.3% year-over-year.

These numbers are from the Consumer Price Index, maintained by the Bureau of Labor Statistics. The Federal Reserve monitors inflation using its core personal consumption expenditures (PCE) index, which remains below the central bank’s 2% yearly inflation target.[iv]

The Census Bureau said retail sales were up 0.3% in the first month of the year, matching the consensus forecast of analysts polled by MarketWatch. Additionally, the University of Michigan’s preliminary February consumer sentiment index monitoring consumer confidence factors went back above 100 last week (100.9).[v] 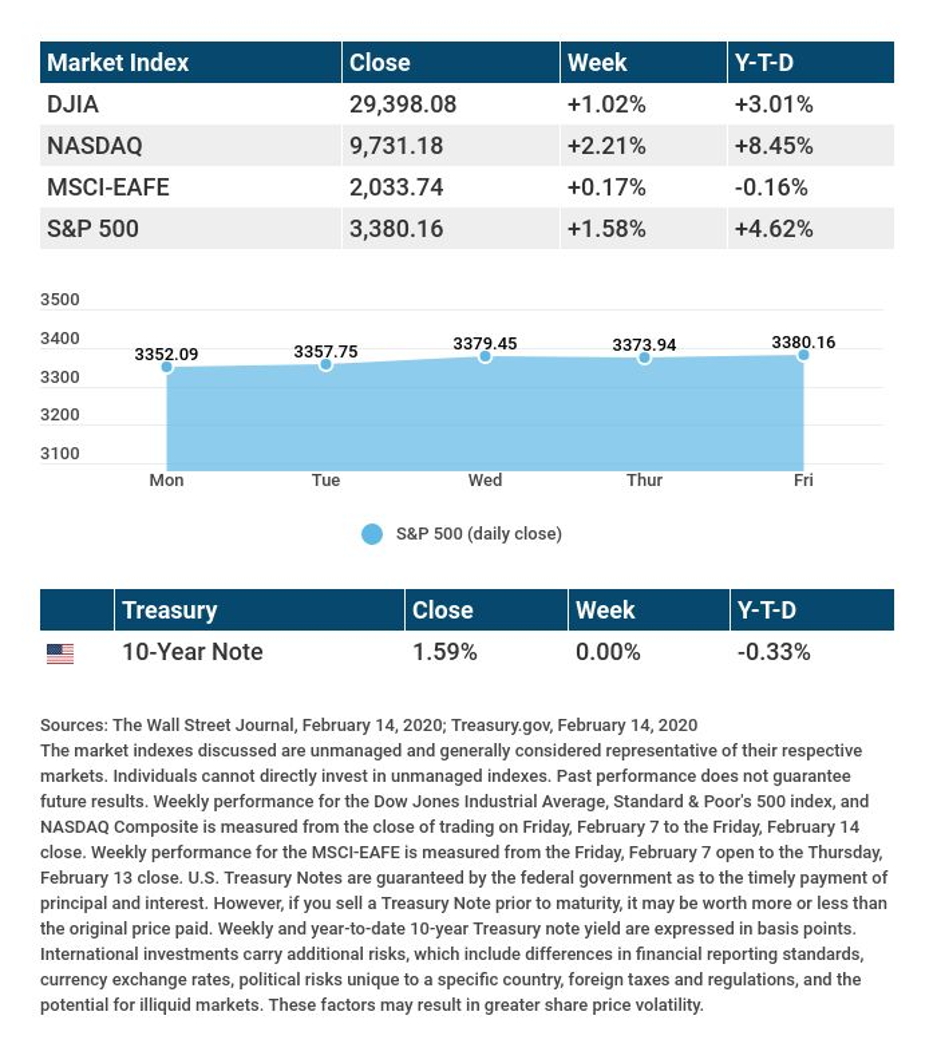