Friday, White House and Chinese officials confirmed an agreement on what has been characterized as an initial step toward a larger trade pact. As a result of this phase-one deal, new U.S. tariffs (slated to go into effect on December 15) were canceled. The 15% tariffs (imposed on $110 billion of Chinese goods in September) now fall to 7.5%.

The last Federal Reserve meeting of the year brought no adjustment for the federal funds rate. The vote to leave short-term rates unchanged was unanimous.

After the meeting, Fed chair Jerome Powell told the media, “as long as incoming information about the economy remains broadly consistent with [our] outlook, the current stance of monetary policy will likely remain appropriate.”[iv]

Economists, surveyed by Bloomberg, expected a retail sales gain of 0.5% for November, but according to the Department of Commerce, the advance was only 0.2%. In a bright spot for analysts who wanted to see a strong start to the holiday shopping season, sales at online retailers rose 0.8% last month.[v]

Note: There will be no Weekly Market Update next week, but we will be back on December 30 with a special “Year-in-Review” edition of the WMU. Have a happy holiday season!

Thursday: A look at November existing home sales from the National Association of Realtors. 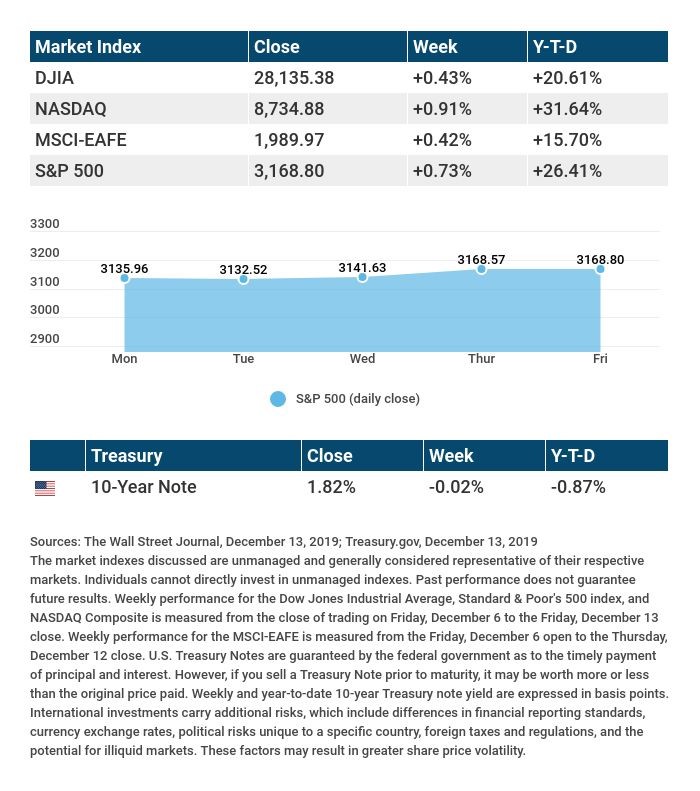