Traders were in an upbeat mood last week, reacting to news out of Washington: the signing of the phase-one trade deal between the U.S. and China as well as the Senate passage of the U.S.-Mexico-Canada Agreement (USMCA). In addition, a new earnings season started. Risk appetite grew and spurred all three of the major Wall Street averages to record settlements on Friday.[i]

Progress on the Trade Front

President Donald Trump and Chinese Vice Premier Liu He signed off on a new, partial U.S.-China trade pact Wednesday. In this deal, China agrees to buy at least $200 billion more of American products, crops, and energy futures over a 2-year period, and it must submit an “action plan” by mid-February, detailing how it will better protect American intellectual property and cut counterfeiting of American goods. The U.S. agrees to halve 15% tariffs on $120 billion of Chinese imports (other tariffs slated for last December were scrapped earlier as part of this agreement).

As for the USMCA, President Trump is expected to sign it into law this week. It was passed 89-10 in the Senate on Thursday and by a wide margin in the House of Representatives in December. Mexico’s government has also approved the USMCA; Canada’s government has yet to do so.[iv],[v]

The Census Bureau reported a 16.9% surge in housing starts in December. This surpassed expectations; housing market analysts, surveyed by Refinitiv, had expected no increase.[vi]

U.S. stock markets are closed Monday in observance of Martin Luther King Jr. Day. Post offices and Social Security offices will also be closed Monday, as well as most banks. 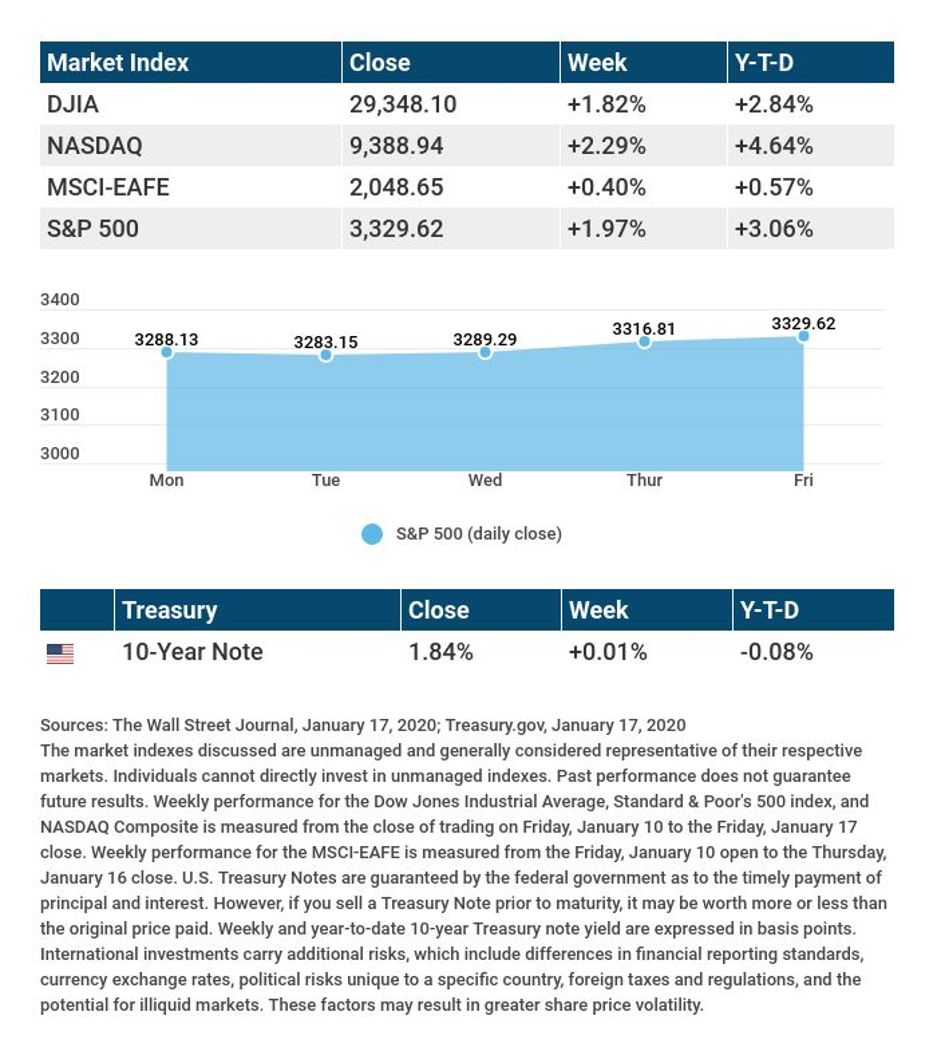