WTI crude oil settled at $63.07 a barrel on the New York Mercantile Exchange Friday, down from an intraday peak of $64.09 (which was its highest price since April).

The commodity rallied Friday, as energy traders considered the possibility of supply disruptions in the Middle East in retaliation for last week’s U.S. air strike.[iv]

At the start of each month, economists watch the Institute for Supply Management’s Purchasing Managers Index for the factory sector, which is considered a key barometer of U.S. manufacturing health.

Last week, ISM announced a December reading of 47.2 for this index, the poorest in more than ten years. A reading below 50 indicates manufacturing activity is contracting rather than expanding.[v]

Tuesday: The Institute for Supply Management presents its December Non-Manufacturing Purchasing Managers Index, gauging the pace of activity in the U.S. service sector.

Friday: The December jobs report from the Department of Labor. 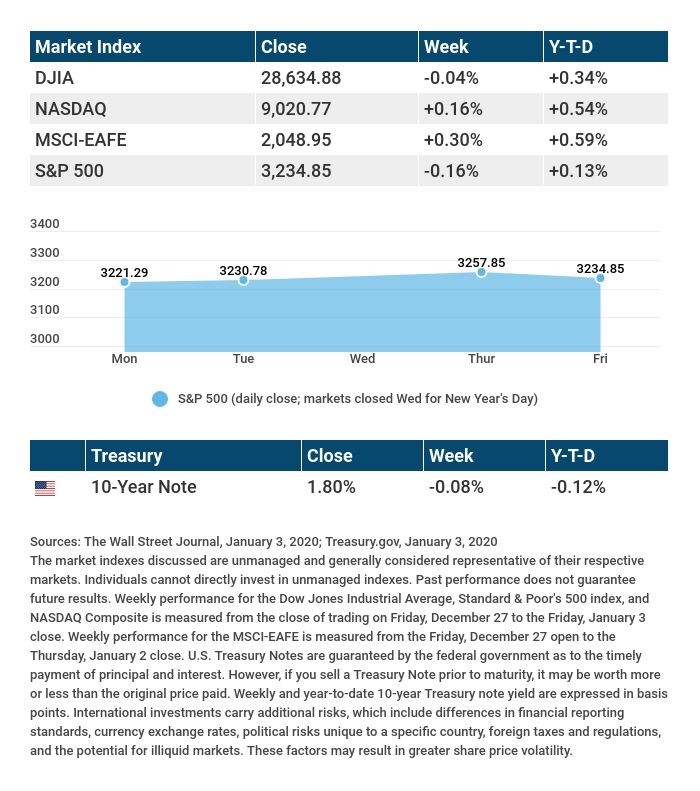