Wednesday, Chairman Powell told Capitol Hill lawmakers that “uncertainties around global growth and trade continue to weigh on the outlook” of the Federal Open Market Committee. He also noted that “manufacturing, trade, and investment are weak all around the world.”[iv]

On the same day, the Fed presented the minutes of its June policy meeting. The record shared the belief of some Fed officials that "a near-term cut in the target range for the federal funds rate could help cushion the effects of possible future adverse shocks to the economy.”[v]

Currently, the Fed has a yearly inflation target of 2.0%. In the past, it has often raised interest rates in response to increasing inflation, which can potentially slow growth and affect hiring and employment levels. Absent significant inflation pressure, such a response may not be forthcoming.[vii]

All eyes are on corporate earnings this week, as prominent banks and about two dozen other S&P 500 firms report second-quarter results. Market participants have much to consider in terms of profits, revenue, and guidance.

Friday: The University of Michigan presents its preliminary July consumer sentiment index, measuring consumer confidence and perceptions of the economy. 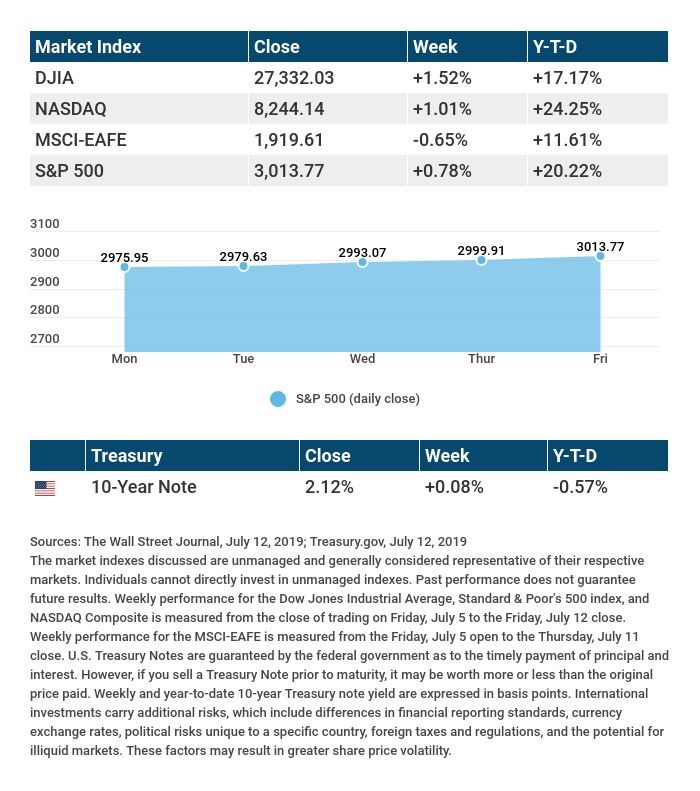