Stock benchmarks were little changed for much of last week, but a rally occurred Friday after news broke that the U.S. and China could be closing in on the first phase of a new trade pact.

Will There Be a Trade Breakthrough?

Friday, Secretary of Commerce Wilbur Ross told the media that “in all likelihood,” a phase-one trade deal between China and the U.S. would presently happen, stating that the talks were “down to the last details.” Thursday evening, White House economic adviser Larry Kudlow expressed similar optimism, noting that negotiations were “coming down to the short strokes.”

That said, the Wall Street Journal reported last week that President Trump is not yet committed to signing a phase-one trade deal. Secretary Ross noted that such an agreement would be “relatively limited in scope.”[iii],[iv]

Retail sales advanced 0.3% in October, according to the Department of Commerce. That surpassed the 0.2% gain forecast by economists polled by MarketWatch. Even so, households bought fewer big-ticket items than they did in September.[v]

Friday: The University of Michigan publishes its final Consumer Sentiment Index for November (an assessment of consumer confidence). 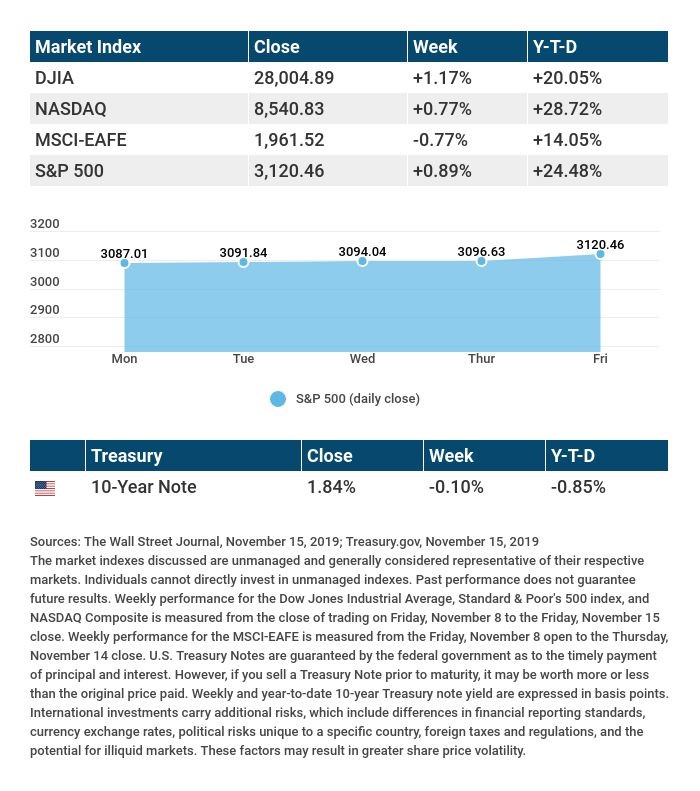