According to stock market analytics firm FactSet, 15% of S&P 500 companies had reported results through Friday’s close. Of those companies, 84% announced that net profits topping projections, and 64% said that revenues had exceeded forecasts.

One big question is whether overall earnings for S&P 500 firms will show year-over-year growth. There was no year-over-year earnings gain evident in either Q1 or Q2.[iii]

Shoppers scaled back their purchases in September. The Census Bureau announced a 0.3% dip for retail sales, the first decrease in seven months.

Auto sales can influence this number, and car and truck buying fell 0.9% last month. A fall pickup in that category may help encourage another monthly advance.[iv]

Thursday: A report on September new home sales arrives from the Census Bureau. 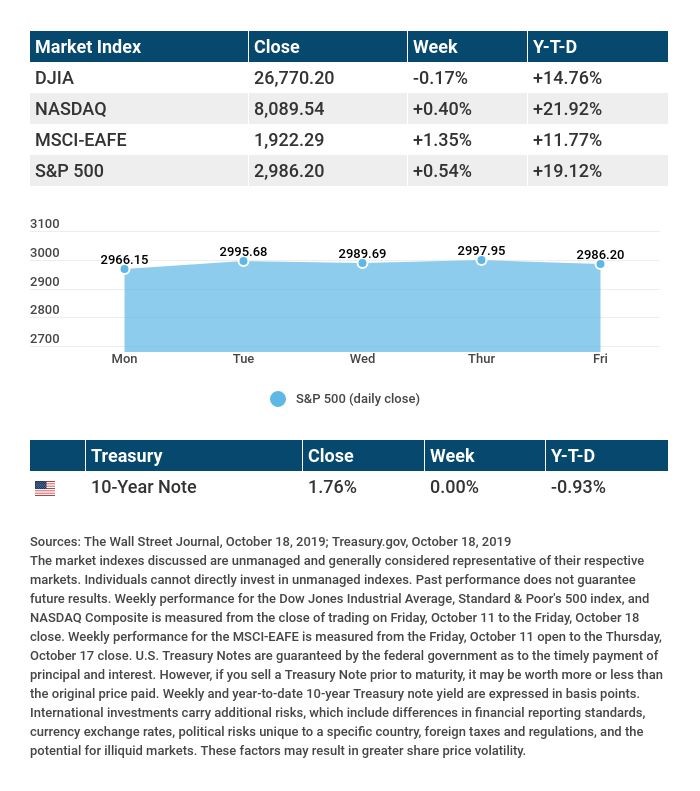